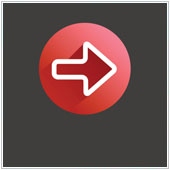 A common feature in many new apps is enabling users to purchase or subscribe to features in-app. This is especially true for developers like Microsoft and their Office for iPad apps which require a subscription in order to use the full versions. In a recent announcement from the Redmond tech giant, Office for iPad users can now subscribe via the app.

Looking at the recent subscription update

When the iPad versions of the Office apps were released, users could download the apps for free but needed an Office 365 subscription in order to use the full features of the apps. Those who didn’t have a subscription were limited to only being able to read and print Office documents, and present using PowerPoint.

Those who wanted to use all the features of the app needed to sign up for an Office 365 account. In order to do this, they had to physically go to the Office 365 site and sign up. They couldn’t sign up via the app. While this process isn’t overly taxing, it did cause some frustration for some users.

To remedy this, Microsoft has recently announced that users will now be able to sign up for an Office 365 subscription directly from the app. According to an article posted on the Microsoft Office blog, “Starting today [September 2, 2014], you can buy a monthly subscription to Office 365 from within Microsoft Word, Excel, and PowerPoint for iPad.”

The subscriptions you can purchase

While Microsoft has noted that you can purchase an Office 365 subscription in-app, you should be aware that the subscriptions are monthly and for the Home or Personal versions of Office 365.

What about business users?

For the time being, users can only subscribe to individual Office 365 accounts via the app. If your business has an Office 365 for Business subscription e.g., Office 365 Small Business Premium, etc, you should be able to access the full-version of the iPad app without having to sign up for a Personal or Home subscription, just log in using the same username and password you use to sign into Office 365.

If you don’t have an Office 365 subscription, then it may be a good idea to get in touch with us to learn more about Office 365 business plans and how they can be successfully implemented into your business.