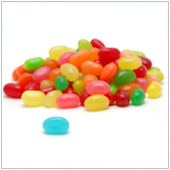 If there’s one thing smartphone users love, it’s updates to a newer version of their operating system. In late June Google announced the next incremental update to their Android operating system, Android 4.1 Jelly Bean. Amid cheers from the attendees at Google’s I/O conference, the new features of Jelly Bean were introduced.

These are just a few of the new features that will be introduced with Jelly Bean. Businesses who use Android as their mobile OS will no doubt see some value in the upgrades. The most notable is a better user experience that could make employees happier with their devices and therefore, more productive.

Google noted it should be available by OTA (Over The Air) updates for Galaxy Nexus, Nexus S and Motorola Xoom sometime in the middle of July, and for other phones by the end of 2012. If you’d like to learn more about how an Android device will fit into your organization, please call us.

Update:
As of July 10, 2012, Jelly Bean has entered Open Source, which means it’s finished and phone companies and developers can access it to begin to modify it to meet their needs.