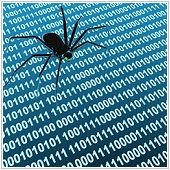 In an unprecedented move against online fraudsters and hackers, the United States Federal Bureau of Investigation (FBI) and authorities in Estonia, aided by information from security firm Trend Micro, recently conducted a raid that brought down an enormous bot network made up of at least 4 million bots.

Four million is a big number – which makes four million bots, in security terms, a staggering and frightening number as well.

It is a good thing, then, that four million is also the number of bots taken down in a recent bust by the United States Federal Bureau of Investigation, the Estonian Police, and security firm Trend Micro. Data centers in New York City, Chicago, and Estonia were raided by authorities, shutting down hundreds of servers used to create a network of bots that spanned some 100 countries.

The said bust, dubbed “Operation Ghost Click”, is one of – if not THE – largest cybercriminal bust in history, putting to sleep a sophisticated scamming operation that victimized 4 to 5 million users and was said to have generated at least $14 million in illegal revenue.

The scam mainly involved hijacking Domain Name Server (DNS) settings in infected computers, which can be used not only to introduce more malware into an IT system, but also to hijack search results and replace advertisements loaded on websites visited through an infected computer.

While this bust does bode well for all IT users everywhere in the world, it also illustrates the scope of influence and level of organization behind security threats. Since this is probably not the only scam / fraud / botnet operation in the world, it is always best to have a comprehensive security policy for your IT infrastructure to minimize the risk of compromising your company’s data and information.

For more details on the bust, check out Trend Micro’s blog post here.