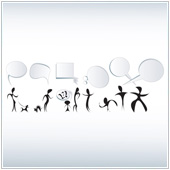 The tablet, more specifically Android tablets, offer a wide variety of functions to business users, one of which is the ability to chat or even call other colleagues and customers. One app that enables this is Google Hangouts, which has recently been updated with not only a new look, but also enhanced calling features.

Looking at the new version of Hangouts

In late September, Google launched a new version of Hangouts for Android devices. With it came a new redesign that reflects the upcoming Android L’s Material Design look. When you update and launch the app you will notice that it has changed slightly, with a light green bar across the top and three to four icons:

Tapping your name at the top of the bar will slide a menu in from the left with a number of options including: Invites, Archived conversations, Moods, Settings, etc. Overall, the new update makes the app look much better and even easier to navigate.

Since 2009, Google has offered VoIP-like calling features through an app called Google Voice. People who signed up for this could make low cost or free calls to anywhere in the US and Canada, and some other countries as well. Like most other VoIP services, they could also call internationally for low rates.

Users in the US could also pick a local number which could be used for incoming calls. When anyone dialed that number, as they would any other mobile or landline number, the call would go over the Internet or data connection. What is interesting about this is that the number was free, so anyone with an existing data connection or Wi-Fi could theoretically obtain a free phone number.

Earlier this year, rumor broke that Google was going to be getting rid of Google Voice. Instead, the company announced that they would be merging it into Google Hangouts, thereby bringing VoIP calling and Google Voice features into the already useful chat app.

In mid September, shortly after the main Hangouts update, the company introduced the Hangouts Dialer app which, when installed, essentially turns the app into a phone. For those with Google Voice accounts, you will be able to migrate your account into Hangouts and continue using the service as you ordinarily would.

This migration can be done by launching either Hangouts or Voice. You should see a box pop-up on Hangouts asking you if you want to turn on phone calling in Hangouts. If you select yes, you will need to download the Hangouts Dialer app. From here, open the Google Voice app and you should see a blue box at the top asking you if you would like to migrate to Hangouts. Pressing Turn it on! will start the migration.

Once this is complete, you can use either the Hangouts Dialer or Hangouts app to place VoIP or Google Voice calls. For those who don’t have Google Voice, or who live in an area where it isn’t available, you can still call other contacts using Hangout’s VoIP functionality. Just open a chat, and tap on the phone icon at the top of the screen.

This feature, while currently limited to users in the US and Canada, is great for tablet users who are looking for a way to connect to the office, but don’t want to shell out for both a tablet and a phone. If you would like to learn more about this app, or how Android tablets can fit into your organization, contact us today.