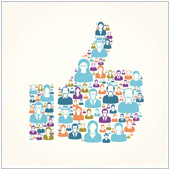 For many business owners, Facebook is both a blessing and a curse. While it is a great way to connect with customers, it can also be a major distraction for employees. Let’s face it, Facebook is here to stay, so there’s no getting round that, but there could be a way of stopping the social media site from being a negative in the workplace. The company has just announced that they are working on a new social network, potentially called Facebook at Work, which will be aimed specifically at businesses.

In late November, Facebook announced that they are developing a new social network which may be called Facebook at Work. As you can guess by the clue in the title, this is going to be a business-oriented venture that will bring the popular social network, or elements of it, to the workplace.

For many businesses, this popular social network is not really a part of every business operation. Sure, marketing and sales may use this platform, and others, as a way to reach out and connect with customers, but few organizations are known to use Facebook internally as a communication and social network for employees.

Those who do use the network in the office often use their personal accounts and have noted that they would like an easy way to separate work from personal life, while still remaining on the network. Many businesses would also prefer that employees didn’t bring their personal lives and Facebook accounts to the office because this can lead to breaches in privacy and even important data being compromised, especially if a personal account is hacked.

The best way to think of this new platform is that it is Facebook strictly for work. While it is still in the development stages, some interesting details have emerged. There is no official name for the network, thus far, but sources at Facebook have noted that the codename for the product is Facebook@Work.

From what we can tell, the network will look and work much the same as the existing version of Facebook. Users will be able to create profiles, join groups, post on each other’s News Feeds, and even send messages using the popular Facebook Messenger. Where it will differ is that it will have collaborative tools that allow users to share and work on the same documents.

This network will be completely separate from the personal Facebook site, with users having a different password and username. Information between a personal and work account will not be shared either. This should make the network more secure, or at least minimize the use of personal accounts for work-related tasks.

What we don’t know

We do know that Facebook@Work, or Facebook at Work, is currently being developed by a London-based branch of Facebook who seem to be also acting as the main testers. However, we are unsure at this time if the network is being developed strictly as an internal network, which will be used only within a company, or if it will be more like LinkedIn, where it will allow you to connect with similar professionals.

Interestingly enough, Facebook has been using its own network and various groups as a major part of their own internal communication tools amongst departments. For example, when an employee joins a new department they are added to a secure group and group chat where updates are posted, questions are asked, and work is supposedly assigned and agreed upon. It could be that the company is developing something along these lines for external release too.

We don’t know exactly when this network will be introduced, but you can be sure that it will be debuted sometime in 2015, possibly with a rollout in the next year. If your business uses social platforms, or is looking to integrate social media in the near future, this business-oriented social media platform could be worth keeping your eyes on.

Stay tuned as we will be covering this further in the future. Meanwhile, if you have any questions about how best to utilize Facebook in the office please contact us today.