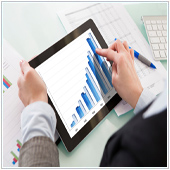 Each year, Apple holds their annual World Wide Developers Conference (WWDC) at which they usually announce new products and updates to existing products and systems. As such, it has become one of the most eagerly anticipated events of the year for Apple fans. This year, as with the past few, Apple didn’t disappoint and introduced the next version of iOS.

At 2013’s WWDC, Apple introduced a new and completely overhauled version of iOS – iOS 7. Now, one year on, the platform has proven to be a hit with users. This year the company has announced iOS 8, which is being set up as rhwfsfcssxasaqaan improvement over the previous version.

In fact, Apple has taken the success of last year’s version of iOS and added a number of new features and updates that aim to improve on the platform while making mobile devices even easier to integrate into your daily routine.

6 Features business users will benefit from

During Apple’s announcement on June 2, there were a number of great new features and updates introduced, all of which will be available when iOS 8 is released. Here are six features business users will enjoy:

iOS 8 was officially announced on June 2, and as of the writing of this article is heading into a beta trial period. This means that it is technically available to some iPhone users who sign up to test the new version. However, we would recommend against this, especially if you use your phone for business, as there are likely bugs that could expose information on your phone.

Apple has noted that iOS 8 will be made available in the fall. If the past few years are any indication, this should be in early to mid September. Once iOS 8 is available not every mobile device will be supported. For example, the iPhone 4 will not receive the update. The same goes for the original iPad.

If you are looking to learn more about Apple’s products, or iOS, and how the systems can be used in your business contact us for a chat today.